In a world full of hot scientists (aka actress/models wearing glasses and a tight bun), be a dumpy retired psychic detective in earthtones, like the protagonist in THE BONEYARD (1991). While most of the movie is like celluloid Lunesta, there IS a giant mutant Phyllis Diller monster, a giant mutant poodle monster, and some pretty gross-looking zombie children. Lots of gooey goodness to be had as long as you're diligent with that fast forward button. Come cackle with us like crazy old women in wigs on another episode of Horror Movie Night! 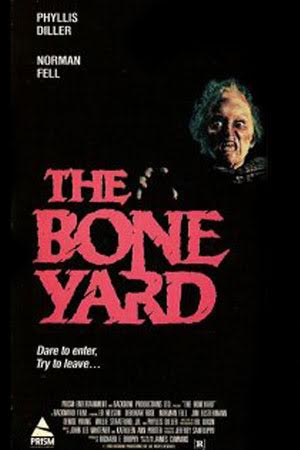 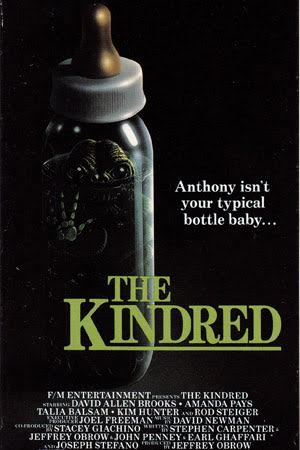 Continuing last week's theme of monstrous brothers, the guys tackle the delightfully gooey and criminally forgotten 1987 bottle-baby flick The Kindred! Scott's not trying to say anything about Brian, but maybe he really is a half-fish monster with a bunch of tentacles and a hunger for house pets - who can really say?? Grab a watermelon and some wet naps, both will come in handy for this week's episode of Horror Movie Night! 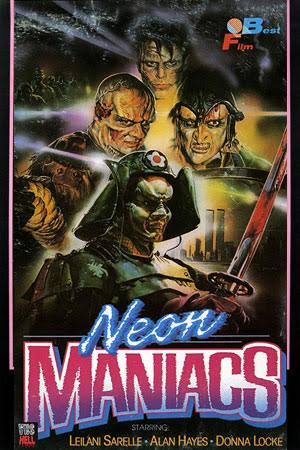 Take the Wicked Witch of the West and make her look grotesque. And have there be a ton of different versions of her. Remove all plot and logic, add a sort of sweet battle of the bands, and you have 1986's almost-a-movie NEON MANIACS! We are joined this week by Mike James of 5 Second Films fame (the geniuses behind one of our recent favorites DUDE BRO PARTY MASSACRE III), who has vowed to fight anyone to the death if they dare to criticize the music in this film. We're not going to argue that...ok maybe just a little, so tune in to see who's left standing and who's a pile of watery green jello under the Golden Gate Bridge on this week's episode of Horror Movie Night! 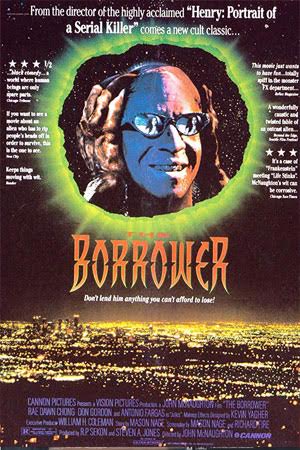 The higher powers (aka ancient aliens, duh) have heard our prayers for MORE DECAPITATIONS and granted us the gift of a movie who's only real plot point is an alien stealing human heads. THE BORROWER from 1991 is a delightfully silly little flick that never quite gained enough cult status to be remembered by most of us... and a lot of that probably has to do with it's barely existent storyline about a murderous alien de-evolved down to human form, who stumbles around LA for 80 minutes just snatching heads whenever it needs a new one. Your boys on Horror Movie Night are all about the head trauma, and this baby delivers, so grab a 40 of malt liquor and get crazy with The Borrower!